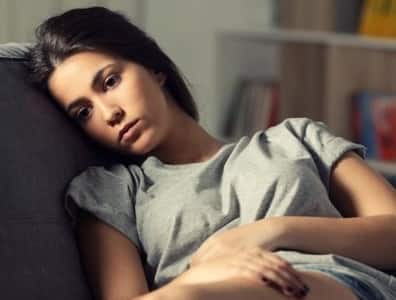 My Daughter Was Ashamed to Talk About the Abuse

Helpless, scared and desperate: these are the emotions I experienced while our family dealt with the devastating effects of dating violence. Our nightmare began when I received a call late one evening from the school athletic director. My daughter had been injured; her boyfriend of nine months was to blame.

As I tried to digest this news, I began to think about the concerning behaviors that I had recently noticed. Before she began dating her boyfriend, she was a straight A student and captain of the cheerleading squad. She had many friends and an active social life. However, when she began dating her new boyfriend, she started to withdraw from friends and had extreme mood swings. I was concerned, but she just kept saying she was stressed from all of her responsibilities. I spoke with friends and even our pastor about my concerns, but we all decided that she was just dealing with typical teenage challenges. None of us could have imagined that she was being abused on a daily basis for almost six months.

My Daughter Was Ashamed to Talk About the Abuse

After learning of the abuse, I tried to talk to my daughter, but she was ashamed and embarrassed. The next day, she finally felt comfortable taking off her oversized sweatshirt and showing me the bruises and scratches that covered her entire back. I was overcome with emotion, and heartbroken that she had been dealing with this pain alone. We went to the hospital, and we reported the incident to the police. I remember feeling so relieved that he could never hurt her again.

But, this ordeal was far from over. Her abuser was arrested and then immediately released. We were denied a restraining order because they were both minors. After desperately reaching out to our State Senator and Representative, we finally secured a protective order that prohibited the boy from contacting her. He ignored that and immediately began calling, tearfully apologizing like he had so many times before. Shockingly, my daughter wanted to give him another chance. I was outraged and forbid her to see him again. He kept calling our home and threatened to hurt me if we pressed charges against him. He even tried to break into our home to get my daughter to leave with him.

At this point, my mother protection mode was in high gear. I had a new security system installed, I removed all the phones from our home, keeping only my cell phone for emergencies, and I slept outside her bedroom door for months, fearing that she would try to run away with him. She was behaving so irrationally, telling me that she intended to be with him no matter what. I was terrified and my life felt out of control; I felt helpless.

One night, as I sat on the floor, crying outside her room, I realized that this once strong and independent child of mine, who was now begging me to let her be with her abuser, needed more help than I could provide. So, we sought professional counseling. Over time, my daughter’s wounds and those inflicted on our entire family are healing. The impact is long-lasting and the scars are deep. As for her abuser, he was finally arrested for harassing our family and violating the protective order. He was detained and served almost one year in the juvenile detention system.

Dating violence depletes self-esteem, destroys self-worth and divides families. It can end lives. During our ordeal, we spoke to several mothers whose daughters were murdered by their boyfriends. So, I know how blessed we are to have a second chance. That’s why we have to do everything we can to focus on prevention so that no other family has to experience what we did.